You are here: Home / DISC Examples / TV Dads and their DISC Styles 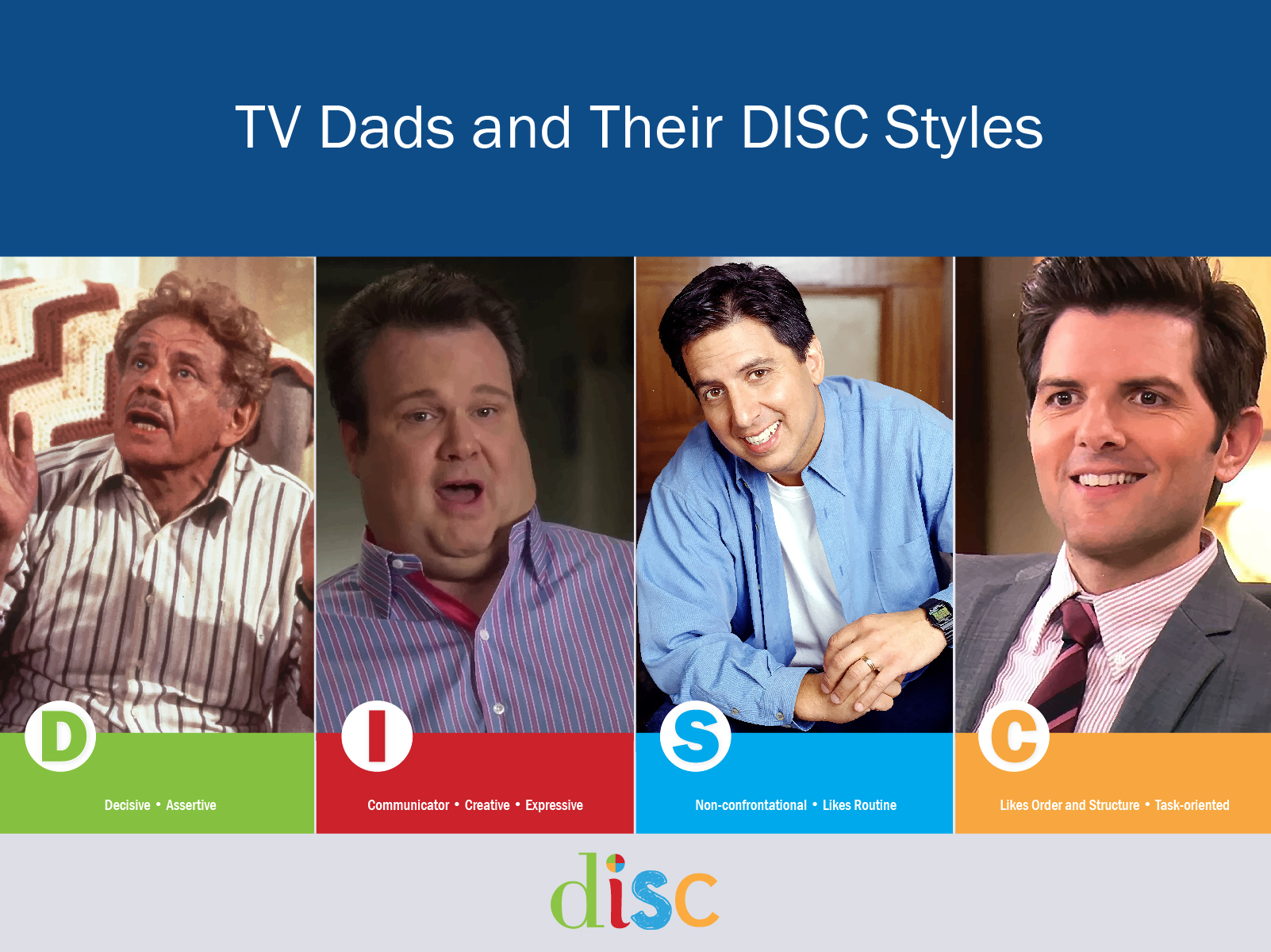 Some of the most endearing characters in television history have been dads. Starting with “Father Knows Best” and continuing on into the present day, fathers have been in starring roles in more than one family-focused TV show. It’s hard to whittle this list down to just four famous TV fathers, but that’s what we’ve tried to do. What follows is a brief look at four TV dads and the DISC styles they represent.

Of course this dad tops our list with the recent passing of Jerry Stiller, who portrayed this memorable television father. Frank and Estelle Costanza and their son, George, all live in close proximity to each other in New York City. This nearness supports Frank’s control over George – and his friends.  Frank is opinionated to say the least, and he moves and speaks decisively and quickly.  His assertive nature shows itself in Frank’s aggressive behavior (remember the “Airing of Grievances” at Festivus?) Frank is also a Classic “D” problem solver. In Frank’s case, it surfaces in “get rich quick” schemes – Remember the “Bro” (or the man-ziere?)

Cam LOVES people. He loves talking to people, helping them be the best they can be, and making them laugh. Whether he’s dressed up as Fizbo The Clown, teaching music, or aiming to be the loudest pig-caller in the tri-community area, Cam is about people and excellence.  He is creative and has tremendous plans for his daughter, Lily. His innovation doesn’t stop there either. Remember their outdoor space’s fire and water feature?  Cam is a master story-teller.  That’s where his expressiveness and free-spirited nature really shines through.

Ben can work himself into a tense mess because he is so focused on logical details… like the new Star Wars sequel.  When he shares his plans and thoughts with others, he is unemotional which emerges as sarcasm – and he’s one of the funniest characters because of it.  Ben prefers to work alone, loves spreadsheets and anything else that adds order and structure to his existence.  Ben is serious and work-oriented and the hilarity of Parks & Rec is based on Ben’s reactions to being surrounded by immature eccentrics and how he maintains his unemotional demeanor.

Who’s your favorite TV dad? Does he share your DISC style. Let us know in the comments or on social media.

If you've taken either registered for an account with our free assessment or took a paid DISC assessment, you'll be able to retrieve your downloadable … END_OF_DOCUMENT_TOKEN_TO_BE_REPLACED

https://youtu.be/0vC_M82o6m8?rel=0&showinfo=0 In this post, we'd like to discuss a question we wish we would get asked more frequently. How … END_OF_DOCUMENT_TOKEN_TO_BE_REPLACED