You are here: Home / Featured / What is the DISC Model?

A Brief History of the DISC Model

The foundation for the DISC model comes from the work of a Harvard psychologist named Dr. William Moulton Marston in the 1920’s. He developed a theory that people tend to develop a self-concept based on one of four factors — Dominance, Inducement, Steadiness, or Compliance. Marston’s theories form the basis on which DISC assessments and reports are built.

The DISC Model is Based on Normal Behaviors 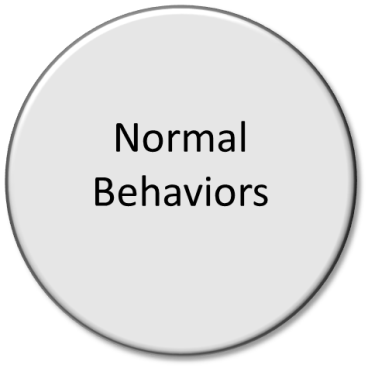 Figure 1: The Range of Normal Behaviors

The DISC Model is Built on Understanding Two Basic Drives

Divide a circle in half horizontally as shown in Figure 2. The upper half represents outgoing or fast-paced people. The lower half represents reserved or slower-paced people. Outgoing people tend to move fast, talk fast, and decide fast. Reserved people tend to speak more slowly and softly than outgoing people, and they generally prefer to consider things carefully and  thoroughly before making a decision. (Remember that these descriptions of behaviors are tendencies rather than absolutes.) 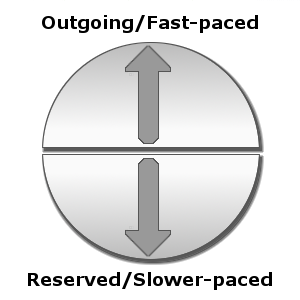 The shading of the circle from lighter to darker indicates varying intensities of these drives as you move from the center to the ends. Close to the middle of the circle would represent less intensity in the motor activity, and we use lighter shading towards the center. Moving towards the outer edge of the circle represents higher intensity in the motor drive, and we use darker shading. A person’s personal perspectives and behaviors could lie anywhere along this line.

Most people will exhibit a bit of both of these traits depending on the situation they find themselves in. Even though this is usually true, most people will tend to exhibit more of one trait or the other – even if it is only slightly more. 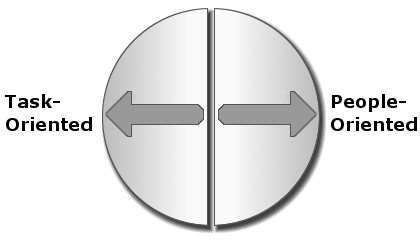 There are Four Basic DISC Styles or Types

When you combine the drawings for the Motor and Compass drives, you get the circle of normal behaviors and perspectives divided into four quadrants as shown in Figure 4.  This figure, sometimes called the DISC circle, represents the full graphical description of what is commonly referred to as The DISC Model of Human Behavior. 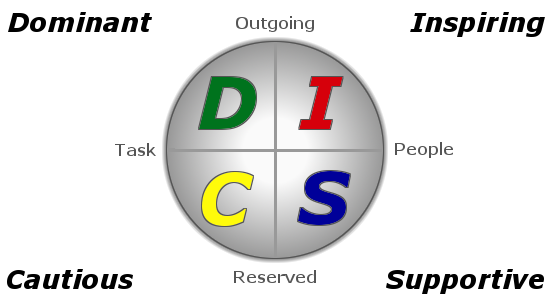 To make the quadrants easier to discuss, we often call each quadrant a behavioral type or style. While it is not strictly or technically accurate from a clinical psychology standpoint to use the phrase personality type with this model, the phrase is often used in normal, everyday conversation. We prefer to use the phrase behavioral style because it more accurately fits the model and its theoretical basis.

The main characteristic trait for each behavioral type (quadrant of the DISC circle) is used as the representative word for that type or style of behavior:

If you've taken either registered for an account with our free assessment or took a paid DISC assessment, you'll be able to retrieve your downloadable … END_OF_DOCUMENT_TOKEN_TO_BE_REPLACED

https://youtu.be/0vC_M82o6m8?rel=0&showinfo=0 In this post, we'd like to discuss a question we wish we would get asked more frequently. How … END_OF_DOCUMENT_TOKEN_TO_BE_REPLACED